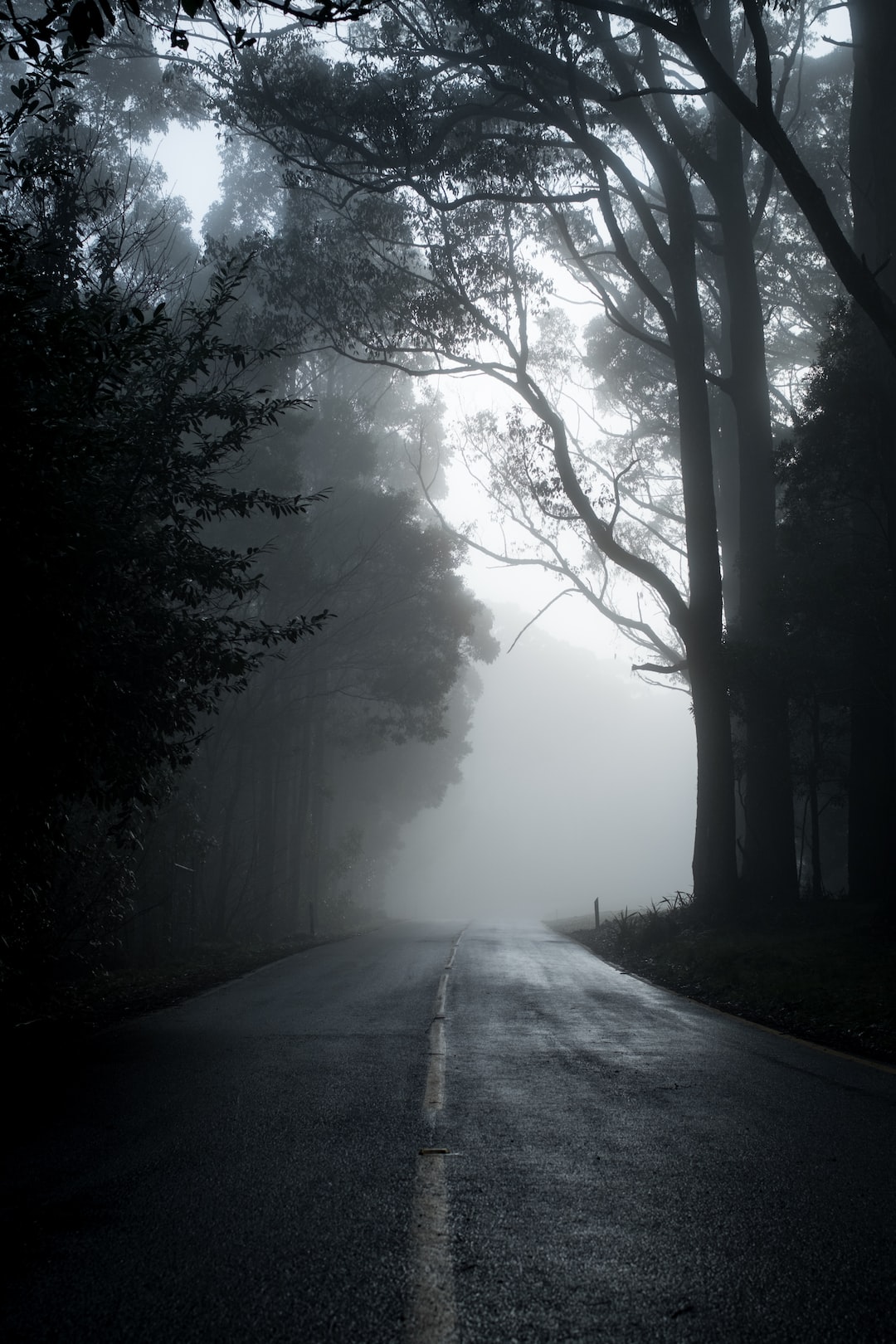 It's a suspense horror thriller story which revolves around a missing woman and mystery place.

One night two girls were coming from a movie and waiting for a vehicle. It was raining no vehicle was available at that time. One girl wearing a black dress named Nithu and the other girl wearing a green dress was named Sana.

Sana: No Nithu, this way is dangerous don’t go.﻿

Suddenly a hand comes from the back and takes Sana away﻿

Nithu turns back and finds that Sana was not there but she doesn’t care she moves on, she found a house she feels happy and moves near to that house she asks is there anyone she hears a sound yes come in.. with a slow and sharp voice door automatically opens and she dragged into house and door closed a big sound comes from that house﻿

The next day morning crowd was there around a dead body. The dead body was Sana’s all were shocked because nothing happen to her body no blood no fracture anything. A Police inquiry was going on. It was a third case similar to this a special officer was appointed named Abhijith. Constable named as john.﻿

John: (himself) I know this is because of that devil, no one can do anything even that special officer.﻿

Abhijith: what john what are you talking about.﻿

John: nothing sir nothing I am just talking about the case.﻿

Abhijith: then say what you know about the case﻿

John: no one belive me sir it is done by that cruel devil.﻿

Abhijith: that’s all you know about this case﻿

John: if you don’t mind “what do you know sir”﻿

Abhijith: I found a ticket in her hand from that I can conclude that they went to a movie and near this place, there is a theatre from that footage we can find her friend’s photo. With their photos, we can inquiry about them and we can find any danger to them from anybody. John, can you give the file of these types of cases?﻿

John: Sir, here are the files﻿

Abhijith: (himself) similarity between these cases and Sana’s case is all are died because of a heart attack. Dissimilarity is that they all are men, and all wore a black color dress and she died at one place and remaining all of them died at one place. No, both cases are not the same.﻿

Abhijith: ok john shall we go to lunch. Tell me a good restaurant.﻿

John: Sir, we are going to a restaurant wow sir, wow but I will pay the bill﻿

Abhijith: Do you have money? Are you sure?﻿

John: yes sir I have two thousand in my purse see sir.﻿

John removes the comb from his back pocket and gives it to Abhijit and tells sir comb your hair you look handsome! Abhijith says it’s fine come fast I have work .ok sir ok .both of them are eating in between Abijith got a call ﻿

Abhijith: sorry john I have to move now ﻿

After some time barrier comes and asks for the bill﻿

He searches for purse, no purse, and no Abijith sir what to do ﻿

Barrer: they will give a job﻿

Hello, mister is this purse yours?﻿

You can expect John’s expressions﻿

Abhijith: John how would you know that this murder is done by the devil can you prove﻿

John: yes sir come with me I will introduce a person his name, James﻿

Both of them went to a person in the library﻿

Abhijith: asks him about the devil story﻿

James: before 6 years there was a family, in that family husband and wife 2 daughters were there. It was a very happy family and descent family they never fought with anyone one day the family went to a movie after movie at night they are returning to home in a car in that road which is famous for thieves. Suddenly 5 thieves stopped the car and pulled them out from the car they killed the two daughters and went to kill the wife, a husband tries to fight with thieves but he fails and in fighting thieves pushed him into a valley. All his family members are killed he died in a great depression.﻿

Abhijith: sir, is there any solution to destroy the devil﻿

James: yes, but only a dare person can do that﻿

Abhijith: sir, we are police dare is our care-of address﻿

James: ok, I have a powerful powder which is brought from a holy place and it has god’s grace which is used to destroy devils, be careful it is very powerful we have less quantity and don’t lose it. Now what you have to do is take it and place it on the wound on his body.﻿

Abhijith: sir, it is a soul how can we place on his wound﻿

James: the difficulty is here Abijith, if the soul wants to fight it will enter into a body that is dead then the wound will appear ﻿

Abhijith: oh god! Ok, sir, I agree with the challenge for the sake of people. Thank you for your support and help.﻿

James: you have to do it because the source we have is final if you lose this chance we can’t destroy the devil.﻿

Abhijith and john moves from there﻿

Abhijith: I think Nithu is alive﻿

Abhijith: past cases you have shown are men, so she may be alive﻿

John: sir, then why Sana is dead﻿

Abhijith: john, it is not done by that devil I’m sure﻿

Abhijith: I will tell you later.The post-mortem reports I have kept unrevealed because if it was revealed first we have to solve her case first. Nithu may be alive there is a chance to help her and we have less time so first, we have to handle Nithu’s case. Sana’s case is somewhat different maybe we will know some information about Sana's case if we find Nithu. I am guessing that Sana’s death is not related to that devil.﻿

John: How can we confirm that Nithu is with that devil﻿

Abhijith: From the footage, we can know that she wear a black dress. And she went in the same way.﻿

John: what is our next step sir﻿

Abhijith: first I want the blueprint of that house﻿

John: sir here is the plan of the house﻿

Abhijith with the 3 officers﻿

Abhijith: what we have to do is, first I will travel by car in that roadway you people have to stop the car and act to kill me. This is the same as the incident that happens in that devil's life. Devil wants to kill you, people, because his last wish is to kill the thieves that are the reason why it is killing all the people who wear a black dress.﻿

Abhijith: I know what you want to tell, no problem to your life, but you have to dare your lives because we all are here to help people. Ok, come to the plan when you try to kill me I will run into that house. Then I will start the fight with you and suddenly from the top of that house we will release gas and threads from the top with that thread’s you can come to the top and 2 dead bodies will release from the top that devil will think that 2 are dead then it will try to kill the third person. If he wants to kill he must enter into any dead body, then the wound will appear I will keep the mixture which is given by James In that wound.﻿

One of the officers: I will be the third person﻿

Abhijith: no officer I am the third person because when he will come to fight with me I can easily keep the powder on the wound.﻿

One of the officers: sir it can kill the people without entering into anybody ﻿

Abhijith: no it can’t kill﻿

One of the officers: sir then how the murders are done by the devil﻿

Abhijith: officer didn’t you see post-mortem reports all are heart-attacks means the devil will try to frighten the person but it can’t touch him.﻿

One of the officers: sir then the devil will try to frighten our staff then how can they reach there and can be part of the plan﻿

Abhijith: I recently met a person who escaped from the devil﻿

One of the officers: sir who is he…﻿

Abhijith: Mr. James, yes he said that when he was traveling in that way devil tried to frighten him and tried to make James himself jump into the valley, when this is happening James tried to escape from there, while he was running he slipped and fall into the mud, his dress was full of mud, he observed that the devil went back.﻿

Abhijith: means devil can only see black color so our staff will wear other than black color. Any doubts!﻿

Abhijith: no problem john we have to start this night﻿ 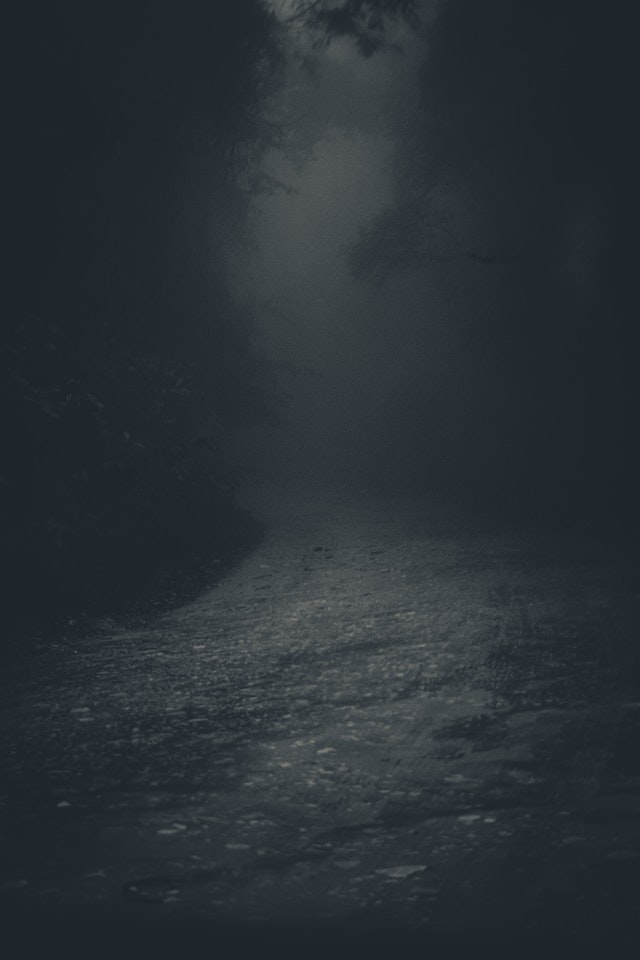 Abhijith was traveling in a car with black dress, devil came out it’s coming near to Abiith suddenly 3 members stopped the car and started to kill Abijith the devil recalls the incident happens to him and Abijith ran into that house and fought will that 3 people suddenly gas comes into that room and 2 dead bodies appear and one is alive who is Abijith, the devil wanted to kill him.﻿

The devil enters into a dead body ﻿

Abhijith found the wound on his forehead, Abhijith remove the cap of the mixture take it into his right hand﻿

Abhijith was bleeding, again he tried to pour the mixture ﻿

Devil kicked him and more getting serious and shouting﻿

he started going near to devil and pour some of the liquid on the wound, the body fell.﻿

Abhijith was relaxed and he was going to search Nithu in that house, he heard some sound he turned backside suddenly devil came he shocked ﻿

The devil entered into another dead body ﻿

Abhijith realized that the devil came out of that body before he poured the mixture, which means he is escaping from the body when he knows I am pouring the mixture. If he doesn’t know when I am going to pour. He removed his black shirt﻿

Devil was unable to see him ﻿

This is the correct time to pour the mixture, Abijith pour it on the devil’s wound, the body turned into ash﻿

Abhijith searched every room he found Nithu at a corner full of fear and waiting for help. He takes her away from that house and handover her to her family﻿

Here over the story﻿