An article on the potent health benefits of turmeric 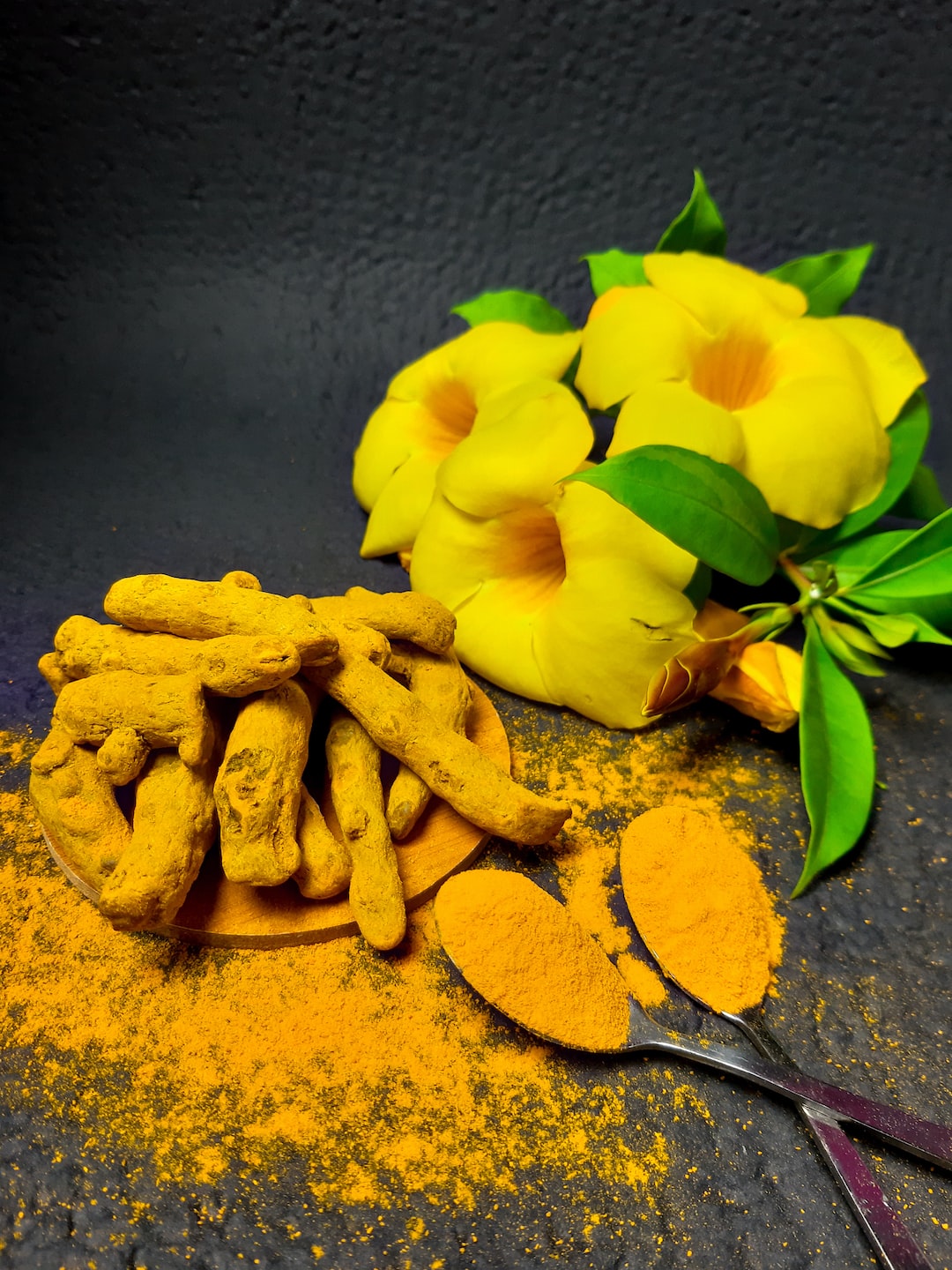 The first one in a series of articles on the nutraceutical benefits of spices,herbs, teas, infusions & more.

Haldi or turmeric needs no introduction to India & Indians. It finds pride of place in the spice box or masale daani found in every Indian kitchen.Turmeric is also used as a colouring & flavouring agent in certain dishes of Southeast Asian, Sri Lankan and Lebanese cuisine.

The turmeric plant is a perennial plant that grows widely in the Indian subcontinent and southeast Asia It needs a wet and moderately warm climate to thrive and propagate. The roots of the plant are gathered, boiled, dried and ground to a fine powder to make haldi or turmeric powder.

The roots of the turmeric plant have been used since times immemorial as a colouring,flavouring and medicinal agent in India and other Asian cultures. Turmeric has widely been in use in Ayurveda,Siddha, and Unani medicine to cure a host of health problems & illnesses.

The use of turmeric is well documented in Ayurveda. Its usage in ayurveda can be traced to the Vedic times. It finds mention as a skin tonic and emollient in the Atharv Veda. The Charaka Samhita, Sushruta Samhita, Bhela Samhita & Kashyapa Samhita mention its use as an important dietary supplement and medicine.

In ayurveda, turmeric is used singly or in combination with other medicinal herbs. In ayurveda turmeric can be used as a churanam ( powder), lehyam (paste),kashayam ( decoction), ghritam ( with ghee) or tailam ( oil).

Turmeric in Ayurveda is recognised to have a hot or warming nature due to its bitter & pungent constituents and is thus prescribed for reforming any Kapha doshas ( issues related to body growth, muscle strength, weight and the immune system) and Pitta doshas ( issues related to metabolism and endocrine system). Ayurveda recommends the use of turmeric to cure or alleviate symptoms of various health concerns and illnesses. Some of them are enumerated below-

-Due to the inherent warming nature of Haldi, its decoction in warm water or mixed with warm milk is recommended as a cure for allergic rhinitis.

- A paste made from turmeric, lime, and salt can be applied to sprains and inflamed joints to reduce swelling and pain.

-Smoke made by sprinkling turmeric over burnt charcoal is advised to relieve pain from scorpion stings.

-Inhaling the fumes of burning turmeric is recommended for instant relief from congestion.These fumes are also believed to help in controlling hysteric fits.

-A paste made of turmeric alone or with neem leaves is used to relieve ringworm infection, itching, eczema, and other parasitic skin conditions.

-The Charaka Samhita also provides a traditional remedy for jaundice which prescribes for turmeric, triphala, neem bark and licorice to becooked in milk and buffalo ghee to detoxify the liver and aid in recovery.

-The Charaka Samhita also provides a traditional remedy for jaundice which prescribes for turmeric, triphala, neem bark and licorice to becooked in milk and buffalo ghee to detoxify the liver and aid in recovery.

In essence, turmeric is an important constituent of many ayurvedic preparations used to treat many health disorders and is used extensively in palliative care.

Diverse in vivo studies have also indicated its potential against pro‐inflammatory diseases, cancers, neurodegenerative diseases, depression, diabetes, obesity and atherosclerosis (Gupta et al., 2013) The active constituent of turmeric i.e Curcumin, was first discovered by Vogel and Pelletier from the rhizomes of turmeric (Curcuma longa) (Prasad et al., 2014). Structurally, it can exist in at least two tautomeric forms, both of which possess antioxidant, anti‐inflammatory, anticancer, antiviral, antibacterial and antidiabetic properties.

The yellow pigment curcumin or diferuloylmethane makes up 60% to 70% of crude turmeric extracts and is the principal curcuminoid evaluated for health-promoting activities.In addition, turmeric contains sugars, proteins, resins, and volatile oils, such as turmerone, atlantone, and zingiberene, some of which may have bioactivity as well.Numerous preclinical investigations identified a variety of potential health benefits, including treatment for heart disease, arthritis, Alzheimer's disease, gastrointestinal disorders, and the metabolic syndrome (MetS).

Over the previous decade, considerable research has led to improvements in curcumin's bioavailability, which has contributed to the appearance of numerous clinical studies evaluating various possible health benefits of both turmeric and curcuminoids using new delivery approaches. Such methods include inclusion of piperine ( found in black pepper), a phytochemical that enhances intestinal uptake of curcumin, and recent use of novel delivery systems that enhance the bioavailability and better physiological assimilation of the same. For example, curcumin can be incorporated into micelles ( globules with an outer fatty layer) microemulsions, liposomes, nanoparticles, and in other lipid and biopolymer particles to enhance its delivery and bioavailability in the body.

Curcuminoids encapsulated with turmeric essential oils, particularly with turmerone, which enhances intestinal permeability, also have been prepared and significant improvements in oral bioavailability in human subjects has been reported using this method.

Broadly speaking, intake of curcuminoids through diet & supplements mainly contributes to good health and well being due its-

Thus anything that helps fight chronic inflammation is of potential importance in preventing and even treating these diseases and Curcumin is strongly anti-inflammatory. In fact, it has been found to be as powerful as prescription anti inflammatory drugs.

2. Increasing the anti- oxidant levels in our bodies-

All metabolic processes in our bodies lead to formation of free radicals ( highly reactive molecules with unpaired electrons). These free radicals react with the fatty acids, proteins and DNA in the cells of our body thereby causing oxidative & structural damage, which is one of the main causes of premature ageing and age related disabilities.

Curcumin due to its chemical structure is a strong anti oxidant that neutralises these free radicals. At the same time it also aids the activity of the body's own antioxidant enzymes. Thus it packs a double punch in the body's fight against free radical damage.

The neurochemical agent that plays a role in this process is brain-derived neurotrophic factor (BDNF), which is a type of growth hormone for the brain.

Decreased levels of this hormone have been linked to many brain disorders including depression and Alzheimer's disease.

By doing this, it may also be effective in delaying or even reversing many brain diseases and age-related decrease in brain function.

It may also help improve memory and make learning and retention better which maybe attributed to its positive effects on BDNF levels. However, controlled studies in people are needed to confirm this finding.

Curcumin improves the functioning of the endothelium i.e the inner lining of blood vessels thereby limiting endothelial dysfunction which is a major cause of heart ailments like heart strokes and arterial blockage.

Anything that reduces the chances of the body's cells turning cancerous (by unchecked cell division) is a potent anti carcinogen.

Curcumin has been found to inhibit the growth of cancerous cells and metastasis in lab studies.

Certain studies suggest that curcumin may inhibit mutagenesis of normal cells into cancerous cells, especially in the digestive system and thus may play an important role as a preventive for stomach and colorectal cancer.

A note of caution - Consumption of turmeric as a nutraceutical supplement must always be done keeping in mind pre existing medical conditions and after consulting a registered medical practitioner.

The yellow golden color of ground turmeric is associated with Lord Vishnu and his avatar Lord Krishna.

Turmeric alongwith sandalwood paste is used to anoint idols of Hindu Gods in temples during ritual worship.Turmeric is used to draw religious symbols like the Swastika and Om in temples and places of worship.

An elaborate Haldi ceremony is part of a typical N Indian weddings in which the bride and groom to be are bathed and anointed in a paste of turmeric, milk and sandalwood powder purportedly to provide glow and radiance to them as well as to keep skin imperfections and infections at bay.

Hindu married women in Gujarat and Maharashtra exchange Haldi ( turmeric) and Kumkum ( Vermilion) in an elaborate haldi- kumkum ceremony as a symbol of their married status and to pray for the long lives of their husbands.

In fact,the use of turmeric is woven into the very warp & weft of India's culture, heritage and way of life.

In conclusion turmeric or haldi truly lives up to its sobriquet of 'The Golden Spice' as it imbues its user with good health, radiance and all round physical and mental well being.